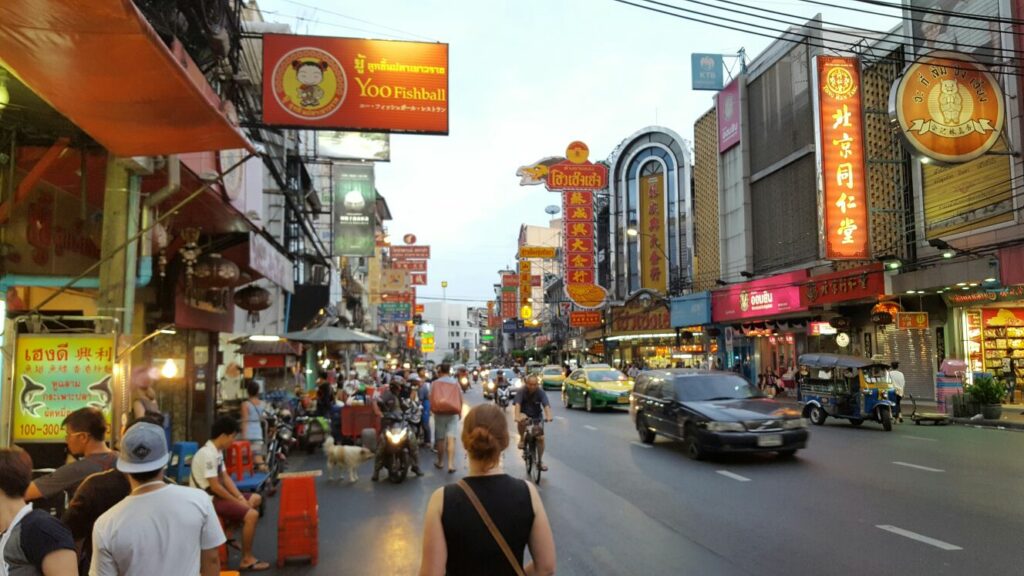 We had just gotten out of our hotel in Bangkok, and all I could smell was this overwhelming stench. Asia took some getting used to at first, but what struck me most was that everything smelled differently.

Our hotel was in China town, exiting on the famous street with all the street food carts. Not even 10 minutes into Asia and I had already encountered Durian. I had heard of it before, but I couldn’t imagine what it would smell like. Rotting dirty feet would be a great way to describe it. And the food carts stocked them abundantly.

On our first night in Bangkok, we booked a street food tour. Together with a guide, we explored all the different street foods in the area. Some tasty, others not so much. Upon request, we tried Durian as well. It’s one of those things you have to try when you’re in Asia.

I was a little hesitant – it really stank! My ex took a bite and shook his head in disgust. Not for him. But I was surprised when I took a bite. It was actually really nice. It reminded me of camembert, the French cheese I love so much. The look on my ex’s face when I asked for another piece was one for the books.

Now that we knew what it was, the smell of Durian became familiar. I was no longer looking for something that was rotting in a ditch; it was just Durian.

Because the air is hot and humid in Asia, everything feels different. When we travelled to Indonesia and Singapore, I had the same thing: getting used to the different smells took me a while.

I guess since we’re so used to a particular kind of smell, we get so used to it that we almost don’t smell it anymore. If I travel within the Netherlands, Amsterdam doesn’t smell that much different than Groningen does. It’s familiar and safe. And even before you can see where you are, you know you’re somewhere, you know.

Coming to Asia was different. The was a cultural shock the first few days. It was hot, humid, traffic was different, it was busy, and it smelled. However, once I had gotten used to the smell, it was okay. It just took me a few days to get used to it, but then I enjoyed the tropical scent in the air. And of course the sent of food.

If there’s anything they’re good at in Asia, it’s food and eating. Some of the best things I had was during my travels in Asia. And I don’t mean insects and things. I mean classic Thai and Indonesian dishes.

This year I hope to go back to Asia, to see more, and to try more of the foods there. I never thought I would say this, but I’ve grown fond of Asia. 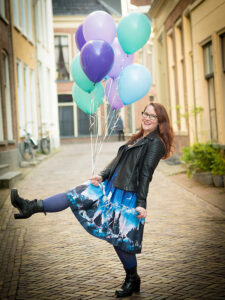